Since 1999 Ton Of Soul Records has brought you each and every record that was funded by Godxilla. Since Godxilla primarily functioned as a music producer and engineer for the first 12 years of his career the early albums contain features from dozens of artists that Godxilla has worked with.

2012 saw the start of Godxilla releasing 2 comedy albums, "Regular People Rap" and "Back On Crack. The song "My Dingaling" From BOC serves to this day as Godxilla's most streamed song.

After a few years of studio and film work in Los Angeles Godxilla returned to Milwaukee in 2017 and since then has released a flurry of albums. This website focuses on some of the more recent record releases. We will start from today and work our way backwards ok?

King of the mountain

You'd think that after 2 albums and 2 beat tapes along with the other 10 or so albums he has produced for other people this year that Godxilla would take it light to close out 2021. That isn't going to happen. December 10, 2021 gives us Godxilla's 10th and most anticipated studio album of his career. Call it a hot streak. KOTM is an instant classic that delivers a lot of new soundscapes and ideas.

This 19 track epic begins with an avalanche and works its way through some of the most intricate music production you can hear when it takes off. Stepping away from the production themes of 3'iller and Dino Brain Godxilla has taken KOTM in more of a street music direction with elevated lyrical content.

Special guests on the project include 3 newcomers. Legend Ty, Spookz Gambino and DJ Kaos are 3 voiced that Godxilla found interesting and wove well into the KOTM tapestry. Specail thanks to Riley Bohn, Justice Born, DJ Gee-A and O.G. Mad Man. As always These records could not be make without the help of Treva La Viva. Enjoy the collection.

I was bothered by the compression codecs from today's streaming services. What I put into them on the sonic end was reduced by at least 85% when it hit the platforms. I know it is today's music and that's what it is but I still want you to hear it the way that I hear it. So I am uploading the full ass wav files to my site for you to download and hear them the way that they were mastered. I am not charging anything for this download, you can pay whatever you want or nothing at all. Of course ALL DONATIONS are appreciated. When you stream my record it's worth $0.004/song played. So you see what I am working with here! The most important thing to me is that you enjoy the music. ~Godxilla

King Of The Mountain

I was bothered by the compression codecs from today's streaming services. What I put into them on the sonic end was reduced by at least 85% when it hit the platforms. I know it is today's music and that's what it is but I still want you to hear it the way that I hear it. So I am uploading the full ass wav files to my site for you to download and

I was bothered by the compression codecs from today's streaming services. What I put into them on the sonic end was reduced by at least 85% when it hit the platforms. I know it is today's music and that's what it is but I still want you to hear it the way that I hear it. So I am uploading the full ass wav files to my site for you to download and hear them the way that they were mastered. I am not charging anything for this download, you can pay whatever you want or nothing at all. Just please enjoy the music. ~Godxilla

Hey there good people of the party. I was sitting in the lab with my wife and I said to her we should just take all the scrapped beats we have and put them out. We can call it "Beat Scraps" and boom a new series for me to drop on your ears. Legit I probably make around 10 songs a month from scratch. I might make 25 beats a month though and you never hear the other 15. Boom Beat Scraps was made.

So you wanted more beats?

Boom here is a 15 pack for your earhole. Click the picture CLICK HERE or click the button below. Just click something damnit LOL and you will be transported to a page where you can find the streaming link to your preferred platform. We have everything from Tidal to YouTube! Enjoy!!

Again we have more music than you will ever here. This are a few more beats out of the scrap pile.

Godxilla is back with his second LP of 2021. Dino Brain is the follow up to the 3'iller LP and a continuation of some of the illest beats and rhymes to come out of the Great Lakes Region.

The new streaming landscape is built upon delivering killer content on an epic scale. When the industry can provide you hard facts on how to earn for streaming you take that knowledge and you go for it. Dino Brain is me letting my hands go (as they say in boxing).

It's called "Dino Brain" because dinosaurs had limited thought capacity. They were functioning off the principles of self-preservation and existing. I wanted to be focused only on making records. I took effort to minimize my distractions.

Stylistically, personally, and sonically I wanted to change what I was doing. Over the last couple of years I made a couple hundred records and I can say what we were doing got us a very long way.

Pushing further means heavier experimentation and a sincere desire to be different. Music is expression, be it light or dark, it still is. We vibrate at the speed of our souls and such are my personal records.

I decided to lean more on what I know. Studio ish... 3'iller reflects my life's work. Click the pic or the button for the streaming links.

Following me and subscribing to my feeds on the streaming sites has a huge impact on my ability to earn so please click the button below and follow me wherever you listen to your music.

The Quest To Reunite Pangea

The Quest To Reunite Pangea was the final chapter to what was the original Ton Of Soul Label and energy. If 3'iller is The Force Awakens then Pangea would be Return of the Jedi.

This album is the final LP that existed with the same energy that the label began with. This LP was pre-pandemic and pre-coup attempt. The world was maskless then. I could no longer look at people who "say" they want to make records the same way anymore.

The music on Pangea was high energy. It sought communion with like minded individuals. After my experiences in Hollywood I could see the difference between a person saying they want it and moving like they want it. Needless to say, the last track on this LP is the closing of the doors to the church.

This end to the first iteration or energy of Tin Of Soul Records gave way to the rise of the Raw Cone Pirates. A loose collective of individuals who enjoy the same weeds, drinks, and jokes. It's a different flavor but no less fun either way. So enjoy Pangea and click the links to listen and stream.

When I recorded Orisha my entire world had changed. I lost someone very close to me and that entire experience let to a spiritual change within me. I quit eating animals and began to take care of my body and mind a lot better.

The Universe blessed me with the ability to speak and that enlightenment led to this LP. The balance was harmonious the transformation tumultuous. The end result is evident for the change in music style from this LP forward.

The Return Of The Dragon

I have been fortunate enough to work with some really cool people. Here are a few of them. I will update it from time to time. Maybe I can get all these cool pics in one place once and for all. 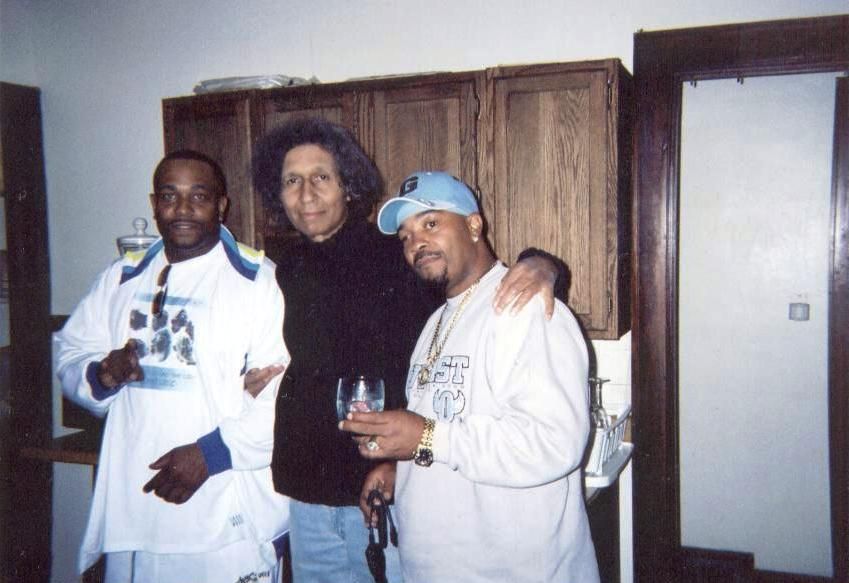